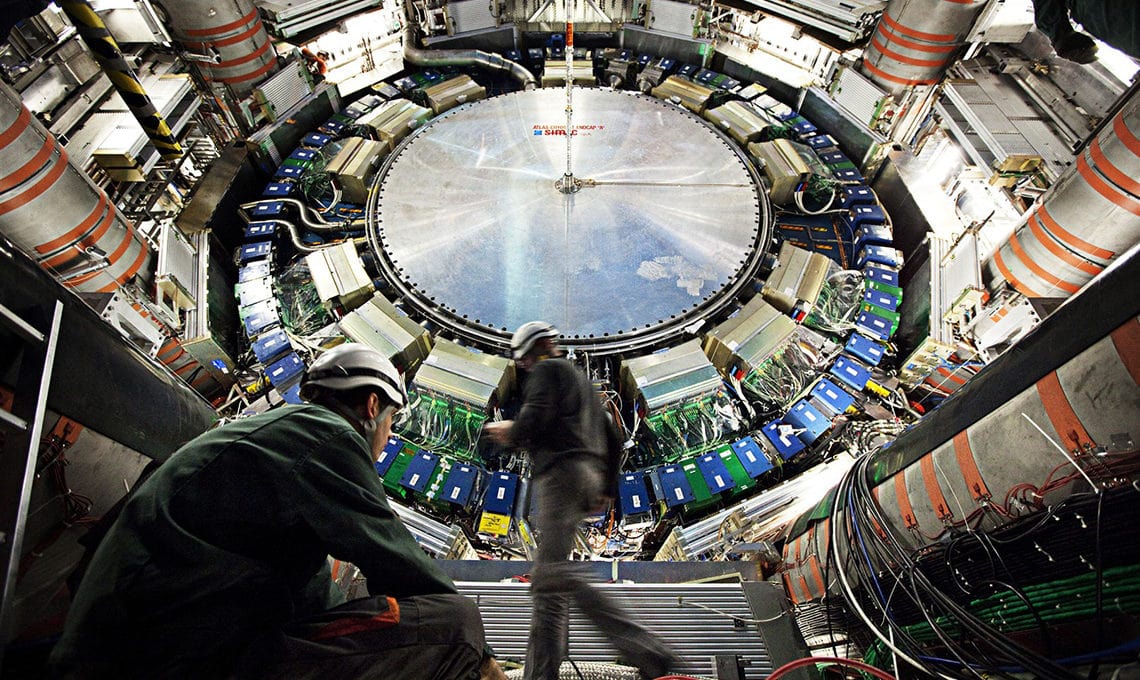 The researchers at CERN (the French abbreviation of European Center for Nuclear Research) operate some of the world’s largest and most complex scientific instruments as they probe the fundamental structure of the particles that make up everything around us. While located in Switzerland, the activities of CERN involve physicists from all over the world. However, this participation is highly demanding as the amounts of data generated at the instruments continue to grow. Therefore, TENET – the national research and education network (NREN) of South Africa – has upped its game to improve connectivity to CERN.

CERN produces data on a massive scale, and often hundreds of researchers around the world set about trawling through that data to look for points of significance or clues that may unlock the secrets of the universe. This means that large volumes of raw data need to be transported globally.

“CERN is a good example of the bandwidth and connectivity needs for research and education. The datasets that need to be transported are often large and can require large amounts of bandwidth for short bursts as data gets sent. And this can happen at quite short notice,” says Shukri Wiener, head of network engineering at TENET.

South African scientists participate in several key research programs at CERN, including the ALICE and ATLAS detectors at the Large Hadron Collider, as well as experiments at the Isotope Mass Separator On-line Facility. South African papers in the sub-fields of nuclear, particle, and field physics are between 2.5 and 3 times the global average.

Recently, the participation saw some notable achievements, as South African PhD student Humphry Tlou, from the small town of Mokopane, and presently in his second-year doctoral studies in physics at the University of Witwatersrand (Wits) was awarded the ATLAS PhD grant. Further, Professor Bruce Mellado, Senior Scientist at the National Research Foundation’s iThemba LABS, was elected Chairperson of the Institutional Board of the Tile Calorimeter of the ATLAS experiment.

South Africa also provides infrastructural support to CEREN through the Centre for High-Performance Computing (CHPC) in Cape Town which is home to the fastest supercomputer in Africa. CHPC runs over 2,000 jobs a day for the ALICE project at CERN.

While researchers based in Switzerland and South Africa will be in contact over a scientific collaboration, sharing data and tools and techniques that process that data, often network engineers of the relevant NRENs will be in contact to create a specific path and send the data across. Further, the researchers will also get other types of behind-the-scenes support from NRENs without necessarily knowing where it comes from. Trust and identity teams in universities and NRENs work together to ensure a researcher can seamlessly log into remote infrastructure using federated credentials from their home institution.

The infrastructure support allows not only for the access of South African researchers into global scientific collaborations such as those conducted at CERN, but also plays an important role in building human capital in South Africa. For example, the skills and capacity built through this collaboration contributed to South Africa’s successful bid for the Square Kilometre Array (SKA) project, one of the world’s largest collaborations in astronomy.