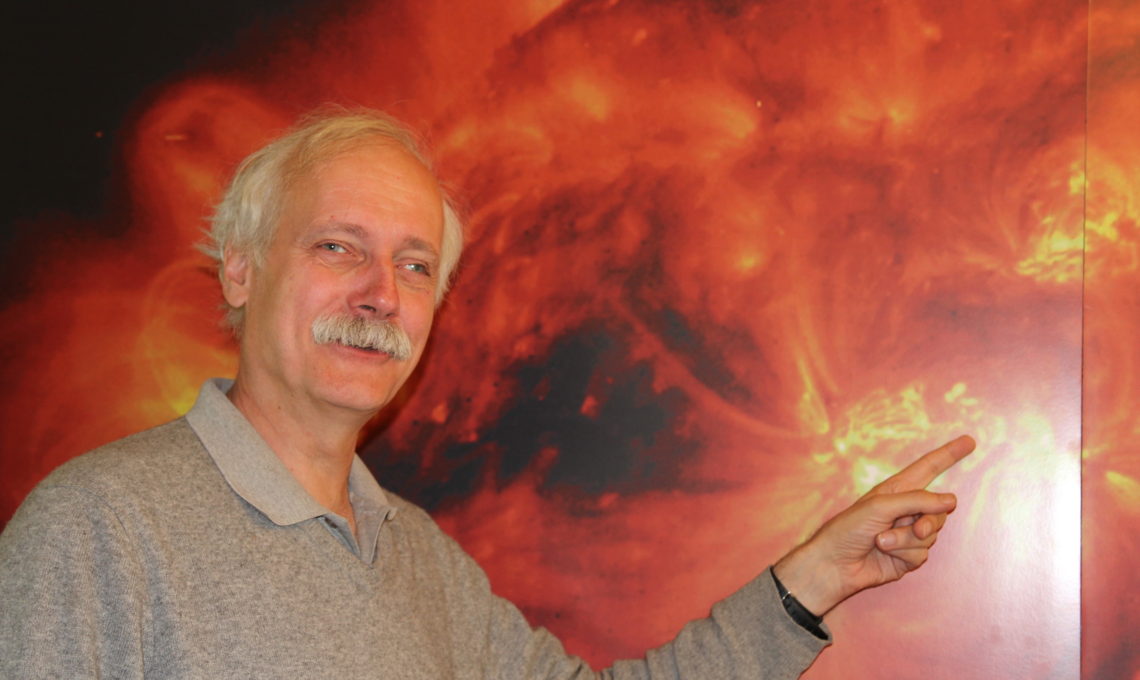 Creating a model of the Sun as a whole

Four of the world’s foremost solar physicist teams have been awarded a large and prestigious research grant to attempt to develop a model of the Sun in its entirety. The WHOLE SUN project studies the inner most workings of the Sun, from its variability, magnetic cycle and eruptive nature to how it impacts the Sun-Earth connection.

The project is made possible by advances in supercomputing and will develop numerical models of the whole Sun that will run on exascale supercomputers performing a billion billion arithmetic operations per second.

The WHOLE SUN project is financed by a Synergy grant from the European Research Council (ERC) and it is shared between the University of St Andrews (UK), University of Paris-Saclay CEA (France), University of Oslo (Norway) and the Max Planck Institute MPS (Germany).

For the first time

According to a news release by the University of Oslo, the project will attempt to look at the Sun as a coherent whole for the first time. Professor at the Institute of Theoretical Astrophysics Mats Carlsson (image above) explains:

“For too many years, the study of the Sun has been split into internal (i.e., the origin of the solar magnetic field) and external solar physics topics (i.e., the existence of sun spots) with no attention to the complex interplay between them. In the WHOLE SUN project, world leading European solar/stellar physicists join expertise and techniques to create for the first time a global integrated view of our star and extend it to its twins.”

According to Mats Carlsson, the challenge is to combine these various parts into a whole that is bigger than the parts.

The WHOLE SUN project will run for six years with a total budget from the ERC of 11 million Euros.

Observatory on the Canary Islands

In addition to the 4 key partners there is a 5th partner crucial to the project: the Instituto de Astrofísica de Canarias managing the unique sun observatories on the islands of Tenerife and La Palma. Furthermore, the project will draw upon the resources of the Solarnet network, an initiative aiming at integrating all European solar physics infrastructures. In all this, research & education networks play en important role. They provide access to data repositories for researchers, as well as access to high performance computing resources.

Solar physics is about Big Data in the truest sense of the word. Huge data sets are being produced by both ground-based observatories like the ones on the Canary Islands and by observation satellites. This data has to be stored and analysed, and that requires high-performance machinery and infrastructure.

As an example, Mats Carlsson and his team are Norwegian champions in High Performance Computing. No other Norwegian research group uses as much computing power as the University of Oslo solar physicists: 14.000 laptops operating simultaneously, to be precise. For years the research group has topped the chart when it comes to computing resources allocated to researchers by the HPC branch of Norwegian R&E network Uninett, Sigma2. In 2018 it amounted to 115.000.000 CPU-hours. Professor Carlsson’s team is also using computing resources outside of Norway, e.g. the European network of supercomputers PRACE (Partnership for Advanced Computing in Europe),

The future will bring a growing demand for connectivity, storage and computing power. Already, the need in solar physics for storage and computing power has increased by approximately 20 per cent per year in recent years. This trend will continue, not least when the new European Solar Telescope (EST) that is on the drawing board right now, will be operational in 2029. The EST is a next generation large-aperture solar telescope and the most powerful tool ever conceived for observing the Sun. The EST will be located on the Canary Islands, an ideal location for astronomical observations.