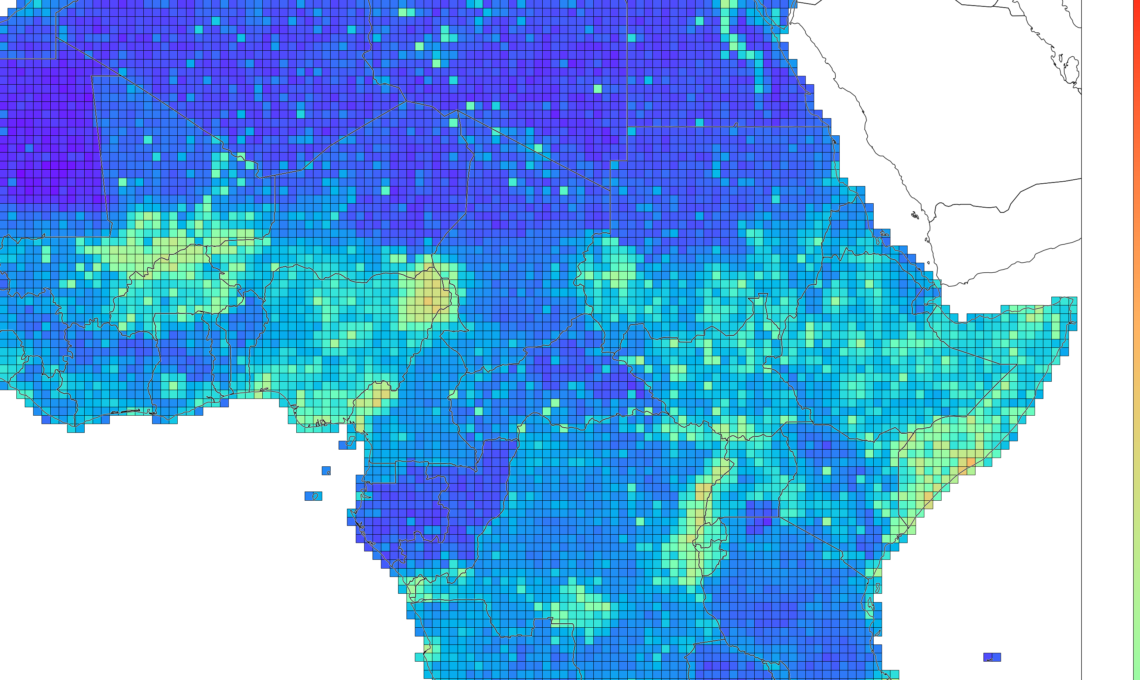 Large international organizations like the United Nations (UN), together with national governments and NGOs, play important roles in helping populations affected by large-scale political violence. Conflict researchers can provide high-quality forecasts of conflicts on a global scale, for this international community to engage the public, prepare for humanitarian assistance, or even deploy peacekeeping operations.

Large databases, supercomputers and high-speed connections are part of the computational infrastructure to provide such forecasts, and the peaceful university city of Uppsala, Sweden, is right at the centre of it all. As an example, the October 2019 forecast states, that “particularly in Libya, Egypt, Mali, Niger, Burkina Faso, Nigeria, Chad, Sudan, DR Congo, Somalia and Mozambique, the risk of at least one state-based conflict event is high and over 50%. We also continue to forecast a high probability of state-based conflict in Cameroon, as the recent separatist violence and clashes between government forces and IS proceeds. And the greatest (though mild) increase of the risk of a state-based conflict is in Mozambique, where in August clashes between the country’s security forces and the Islamist insurgency in the northern province of Cabo Delgado continued.”

ViEWS is open source and exclusively built on publicly accessible data, and the system has the potential to be scaled from covering Africa to covering the whole world.

Why is such a monthly forecast important? According to the team behind ViEWS, prediction is a core task for peace research, and as the ViEWS researchers state themselves in one of their research papers:

– Many governments have their own intelligence systems upon which they act in response to threats of organized violence. Such intelligence is never publicly available. If an open-source early-warning system such as ViEWS can be made sufficiently accurate, critical voices may in some cases use this to challenge the assessments government actions are based on. Moreover, outside observers that lack such inside information may use high-quality forecasts to closely monitor a situation, engage in public debate around the risks involved, and possibly take action. NGOs can apply pressure on conflict actors or prepare for humanitarian assistance. Large organizations such as the UN may use the forecasts when they decide on whether to deploy peacekeeping operations.

The early warnings are applied on country and on regional level. At a later stage ViEWS will also apply them to specific actors.

Based on recent innovations

According to the ViEWS team, the design of a high-precision, real-time early warning system is made possible by several recent innovations in forecasting conflict violence:

– The conflict research community has laid the ground for such a system through careful isolation of theoretically manageable sub-components of complex phenomena, and concomitant systematic, disaggregated data collection efforts.

The ambition of the ViEWS project is to glue these isolated research efforts together into one large system:

– A major innovation in the project is to integrate these isolated research programs into a theoretically and methodologically consistent forecasting system, by means of dynamic simulation techniques in combination with Bayesian Model Averaging, and guided by continuous out-of-sample evaluation. This integration effort will not only allow an early-warning system of unprecedented scope and performance, but also build theoretically informative bridges between numerous compartmentalized conflict research programs. (Image below: Predictions for non-state violence in October 2019, PRIO-GRID level). The complexity of the system and the amount of data processed is significant. All steps in the forecasting process are automatized as a set of SQL and Python 3.x scripts, and data are handled on a dedicated server. Most model training and simulation is run on a high-performance computing cluster at Uppsala University’s UPPMAX facility. UPPMAX is part of SNIC, the Swedish National Infrastructure for Computing, connected by Swedish Research & Education network Sunet.

In 2019-2021 the ViEWS engineers will continue to expand the machine-learning models used in the project as well as the algorithms developed to evaluate performance of such as system. They will also be adding topic modelling and other language-processing approaches using large text datasets.

Imperfect yet a step forward

Although the ambition of ViEWS is to create the most accurate conflict forecasts possible, the ViEWS team is aware of the fact that it will never be as accurate as similar systems developed for e.g. predictive maintenance and other types of complex cyber-physical systems:

– While any such system for violence will necessarily be less precise than those for physical systems, the goal is to improve outcomes relative to a world where these forecasts do not exist. Even an imperfect future system has the potential to inform the placement of peacekeepers, the deployment of NGO resources, and even the decisions of private citizens.

ViEWS is funded by the European Research Council and runs until 2021.

For an in-depth presentation of ViEWS, please go to this research article, published in the Journal for Peace Research, February 2019:

Historic forecasts, in turn, are collected in archives on https://pcr.uu.se/research/views/downloads/, which contain both the forecasts and the data underlying them, as they looked at that point in time. The full codebase is accessible at

Join the conversation
Related articles
Education
Open source for distance learning thanks to the iorestoacasa.work initiative
Society
Dramatic housing transformation in sub-Saharan Africa revealed
Health & Medicine
Europe is ageing! And so what?
Earth Observation
The Big Pixel Initiative: using satellite data to map urbanization, schools, and refugee camps
Society
Casting your digital vote with Zeus
This website uses cookies to improve your experience navigating our site. By continuing to browse, you are agreeing to our use of cookies. To learn more about how we use cookies, please view our Privacy policy.
OK, I Understand