In June 2019, the City of Cape Town and South Africa’s NREN, Tertiary Education and Research Network of South Africa (TENET), turned on the eduroam WiFi service in 57 of Cape Town’s public libraries. eduroam is a wireless roaming service that provides free Internet access to the research and education community globally. 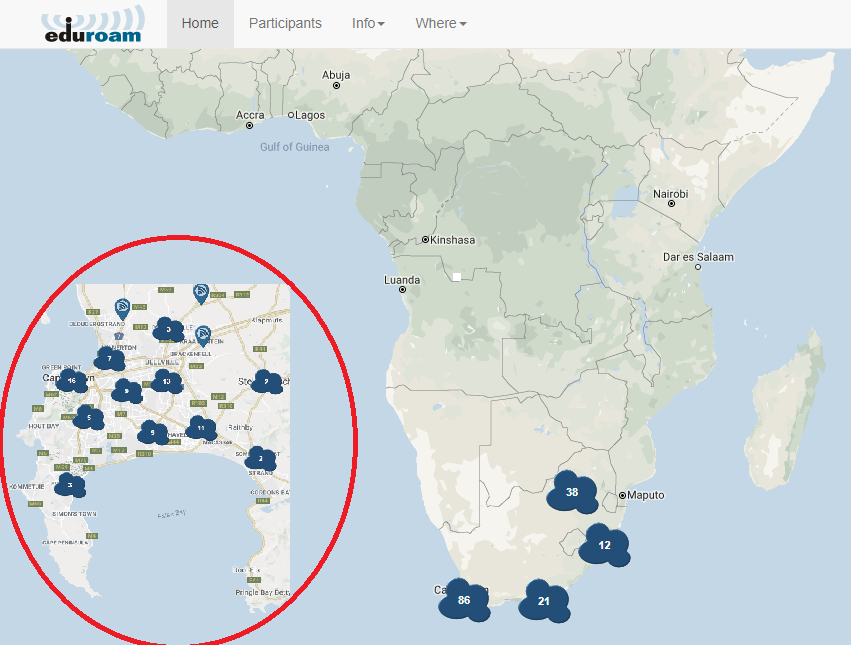 Now students and faculty from any university, which uses eduroam, can access their institution’s high-speed network from the city’s libraries and work there as though they were on their own campus. This includes all four the public universities in the Western Cape (Cape Peninsula University of Technology, Stellenbosch University, University of Cape Town and the University of the Western Cape). And also library visitors from all over the world who have eduroam access from their home institution.

“Throughout the developed world it is common to find eduroam on city wireless networks, in airports, and even on buses and trains,” says Guy Halse, Director, Trust and Identity at TENET. “Cape Town is the first city in South Africa – and to the best of our knowledge, in Africa – to roll out the service on such a wide scale.”

This initiative is particularly important in South Africa, where some students who may be least able to afford good internet access may live quite a distance from universities. “Intercampus connections are so much easier with eduroam,” says Trust, a local student. “I connect instantly when I visit my friends from other universities.” Also access for all the residents in some of Cape Town’s outlying suburbs enables students living there to access online learning material without travelling to campus or paying high cellular data costs.

Bringing eduroam coverage into public spaces has far-reaching implications beyond convenience and saving valuable time. eduroam access in the public space goes a long way toward democratizing access to information. “Not only does it address a need on a continent where Internet access is sometimes extremely expensive, but affordable connectivity can encourage citizens to participate in citizen science, contributing data, accelerating new discoveries,” says Ina Smith of the Academy of Science of South Africa (ASSAf). “eduroam access strengthens the role of public libraries in equally distributing opportunities across society.”

Cape Town is the first South African city to jump on the eduroam bandwagon, but TENET hopes other municipalities will follow.

Join the conversation
Related articles
Health & Medicine
Supporting the global challenges of the novel coronavirus
Atmospheric science
Connecting students to Saildrone and Berkeley Lab
Knowledge Exchange
Supporting academic publishing in Ukraine
Community Engagement
MOREnet’s Immersive Learning Lab: empowering educators with technology
Education
Bridging 7000+ km to teach fisheries management
This website uses cookies to improve your experience navigating our site. By continuing to browse, you are agreeing to our use of cookies. To learn more about how we use cookies, please view our Privacy policy.
OK, I Understand