The challenge: ensuring a consistent level of service in the UK and China

At Queen Mary University of London (QMUL), international partnerships are a key part of the vision for the future. To this end, QMUL runs joint degree programmes in China – providing taught courses to more than 2,600 students at the Beijing University of Posts and Telecommunications (BUPT), and more than 850 at Nanchang University, 900 miles further south. As part of this, QMUL sends a ‘flying faculty’ of lecturers to provide 50% of course content at each campus.

For the setup to run smoothly, staff and students need reliable access to QMPlus, the university’s London-based virtual learning environment (VLE) – a web platform on which students can see course information, submit assignments, and access resources such as lecture videos. Yet in 2014 the IT department was getting reports of slow connectivity in China, with low VLE take-up as a result.

It was initially hard for QMUL to pinpoint the problem. This was because staff and students in China accessed the VLE not only from campuses, but also hotels and student accommodation, where they might have connections with any of three rival state-owned ISPs.

“We had users saying they couldn’t get access to the system, couldn’t log on, or other things – but we needed a consistent story,” says Paul Gallagher, interim assistant director of applications at QMUL.

The solution: collaborative connectivity with the help of Jisc

The first part of the solution was to take advantage of improved connectivity from the UK to China – using ORIENTplus, a dedicated Europe-to-China connectivity link, a result of negotiations between CERNET, the national research and education network (NREN) in China, and GÉANT, the pan-European organisation that interconnects NRENs in Europe.

This enabled “preferential routing” of traffic between QMUL and partner campuses – helping to reduce latency at the BUPT campus from 350ms to 180ms. Once some firewall issues had been solved, this ultimately meant that staff and students at BUPT could use the VLE reliably.

But, due to congested local infrastructure, the situation in Nanchang did not improve. “We found poor connectivity seemingly everywhere,” says Nick Challoner, an applications analyst who flew from QMUL in 2015 to help diagnose issues – using analytics provider Actual Experience to help him do so.

In particular, students in accommodation blocks were unable to download documents from the VLE – while lecturers at the campus had problems as well.

As a workaround, the team installed a local file-sharing application – but this was not a permanent answer. “We’d reached a stage where we couldn’t provide an efficient service in Nanchang,” says Gallagher.

At this point, Jisc suggested a second solution: peering between the Janet network and China Telecom, a state-owned provider. Using its experience in negotiating on behalf of UK universities, Jisc struck a deal with China Telecom for peering, which also included performance clauses. This peering link – initially a pilot – became known as ‘China Transit’, and went live in late 2015.

Benefit to staff and students: ability to use the VLE

The combination of the two solutions meant that Jisc helped enable good, end-to-end connectivity in both Beijing and Nanchang.

In Nanchang in particular, connectivity improved: “It was very good on the ADSL lines in the student dorms,” Challoner says, “particularly with students connected to China Telecom.”

This meant QMUL could now offer the level of service it wanted, and students in China could log in to the VLE, access course information and submit work. “If we provide teaching materials on the VLE in London, they’ve got access to the same resources in Nanchang or Beijing,” Gallagher says.

The success was shown in the rising number of staff and student VLE logins: in the two calendar months after the change, there were more than 125,000 logins in Nanchang – compared to about 2,300 in the same period the year before; while in Beijing, logins rose from about 220,000 to about 250,000 over this period.

Benefit to the organisation: a consistent level of service

If a solution had not been found in Nanchang, Gallagher says the alternative would have been to install a local VLE, which would also have increased pressures on the IT team. “We’d had been supporting two versions: a UK version and a China version. At the moment we’re just supporting one version for the whole university,” Gallagher explains.

One of the biggest lessons, says Gallagher, was the importance of getting a “consistent story” when faced with connectivity problems, which could ultimately have multiple causes. “Although it cost us money to send people to China for two visits, it was invaluable because it gave us people on the ground who could experience the problem and find out the facts.”

Another lesson for IT teams, says Challoner, is the importance of becoming involved early in the planning of transnational education (TNE) projects – so that complex overseas connectivity problems can be anticipated and diagnosed. 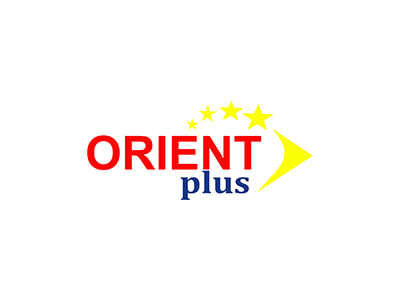