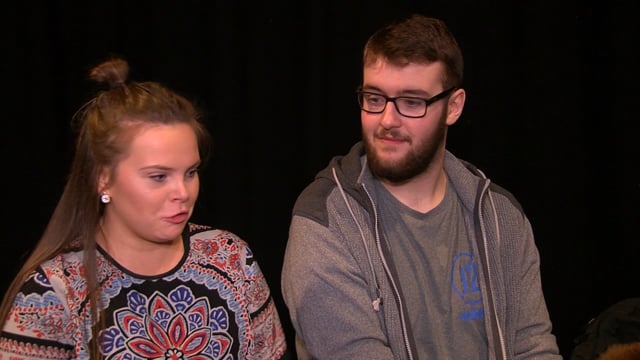 Although approx. 2555 km apart, theatre students from The University of Tampere, Finland, and Coventry University, UK, are rehearsing Shakespeare together, sharing a “virtual learning theatre” made possible by powerful videoconferencing equipment and high-speed connectivity.

The Coriolanus Project, an online teaching project on Shakespeare’s plays, explores international cooperation in acting in a foreign language, and has brought together British and Finnish students.

The project started out in 2015-16 with students of the two universities worked on a small section of the Coriolanus script in both Finnish and English. A ‘virtual space’ was created in both locations through the re-purposing of videoconferencing technology and the use of large rear projection screens, high speed internet connections and unidirectional, hypercardioid microphones.

Moreover, a unified spatial design and a careful use of lighting gave the actors the illusion that they were occupying the same physical space.

One of the researchers conducting the project, Mikko Kanninen from The University of Tampere, describes the feelings of the student actors in the two countries as “a sense of community”.

“They formed a community without meeting in person. When we stopped using the gadgets at the end of the week, the students were like they had been switched off life support. All that closeness, understanding, meeting of cultures and identifying with each other had happened for real.”

Setting new standards in the use of telepresence for education, The Coriolanus Project has won the Hybrid Learning Innovations Award from the Teaching Innovation Awards competition organized by the University of Pennsylvania and QS International.

Moving from Coriolanus to another Shakespeare play, the project took King Lear online in February 2017, refining both the technology and the teaching, e.g. experimenting with 360 degree video.

Later this year the Coriolanus Project culminates in a field trip to Tampere where both groups perform together live and demonstrate the use of the technology to an invited audience of theatre practitioners and technologists.