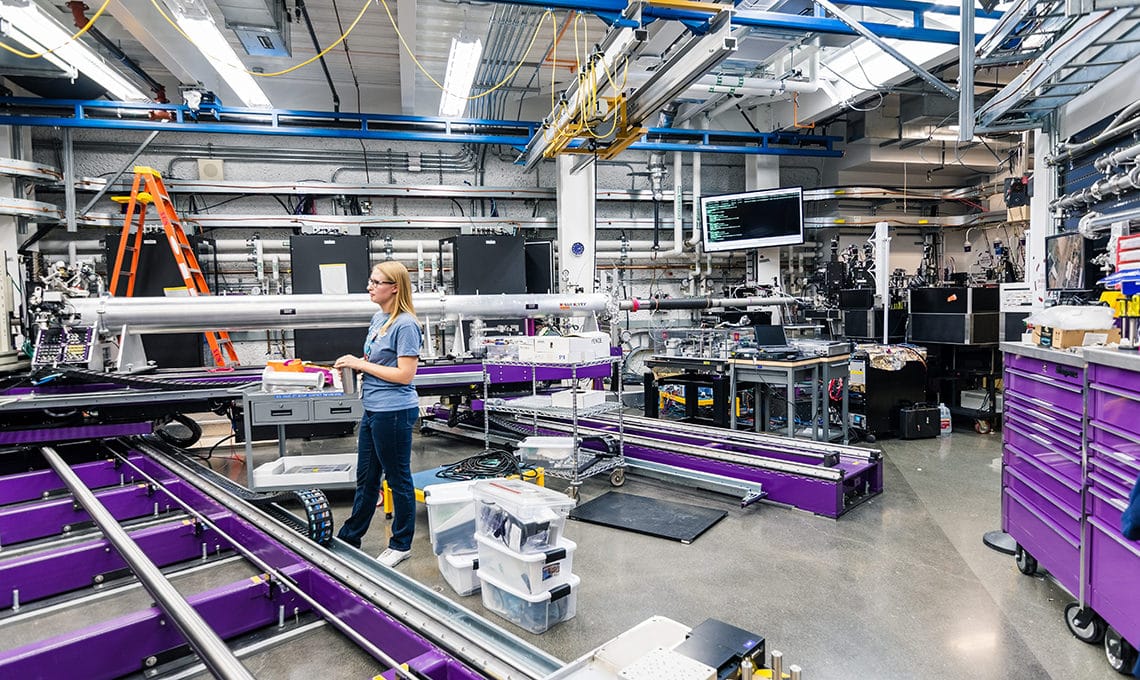 Chemistry is fast. When atoms connect or split up as chemical bonds are formed or broken, this typically takes place at the picosecond scale. A picosecond is 1/1.000.000.000.000 second. A new technique developed in a US science collaboration allows researchers to follow these incredibly speedy events. For instance, the technique will allow scientists to acquire new insight into the mechanism by which plants perform photosynthesis.

Supported by high-performance computing resources at the National Energy Research Scientific Computing Center (NERSC), scientists at Lawrence Berkeley National Laboratory (Berkeley Lab) have developed the new technique. Data transferal for the experiments was done via the network of ESnet (the Energy Sciences Network).

The new technique builds upon a long-standing tool in materials research, so-called X-ray crystallography. Here, the material of interest is crystalized, and an X-ray beam is fired at the sample, whereafter the molecular structure can be deduced from the resulting pattern of diffraction. However, far from all materials can be studied in this way either because they are unable to form crystals, or the crystals are not sufficiently symmetrical, or they break down as the X-ray radiation is applied.

“We work with materials that only form nanocrystals, so it’s very hard to grow them any bigger than about five microns – and to do single-crystal x-ray crystallography, that’s just too small. Because the size of the crystal is directly proportional to the amount of signal you get on the detector, if you have a really small crystal and you don’t have a very bright light source, you’re kind of stuck,” explains graduate student researcher Elyse Schriber at the Berkeley Lab homepage. She is the primary author on the scientific paper presenting the new method in the journal Nature.

The new technique involves small-molecule serial femtosecond X-ray crystallography (smSFX), developed by Elyse Schriber and her team at University of Connecticut. Here, short intense bursts X-ray light are applied to determine the structures of nanocrystals which would not be suited for standard X-ray crystallography since they would be too small.

The starting point for smSFX is a free electron X-ray laser (XFEL), which is a cross between an X-ray microscope and a laser. The XFEL fires a beam of X-ray light at a sample of crystals suspended in a liquid for just a femtosecond. A femtosecond is 1/1.000.000.000.000.000 second. The blast of light is so bright and so brief that, although radiation from the beam will destroy the sample, scientists are able to capture the diffraction pattern, which shows up as dark spots on an image.

“Radiation will tend to damage crystals, especially crystals of interest to material scientists. But if you can deliver the photons fast enough, they’ll diffract before the damage starts showing,” says Berkeley Lab research scientist Aaron Brewster, an author on the paper.

Fine-tuning experiments as you go

The initial experiments using smSFX confirmed the previously known structure of mithrene, or silver benzeneselenolate. Hereafter, the researchers went further, bringing the unknown structures of thiorene and tethrene to light as well. Data collection took place at the Linac Coherent Light Source (LCLS) at the Stanford Linear Accelerator (SLAC), with data transferred automatically and in real time to the Cori XC40 supercomputer at NERS using ESnet.

“Using ESnet to connect LCLS and NERSC and help enable new scientific discoveries illustrates the amazing capabilities of the national laboratory facilities. We all know the old saying “the whole is greater than the sum of its parts”, but this is a real-world example that shows the power of the super facility model,” comments Eli Dart, acting group lead for ESnet’s Science Engagement Team.

The collaboration yielded initial analysis in as little as ten minutes – a record for XFEL experiments. Rapid analysis makes it possible for scientists to confirm mid-experiment that the data they are collecting is valid and to fine-tune their methods, if necessary, thereby using their precious beam time efficiently.

In addition to speed of analysis, the collaboration offers capacity to store and process the massive, and ever-increasing, amounts of data generated in XFEL experiments.