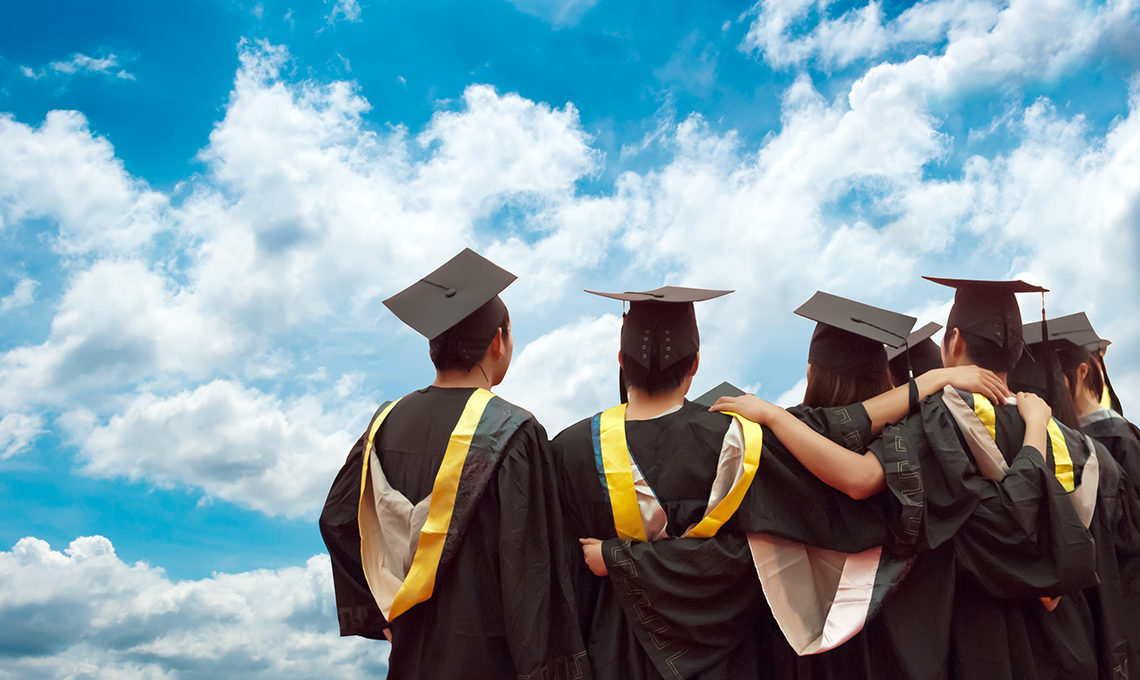 When the universities of Glasgow, Edinburgh and Lancaster were setting up transnational education (TNE) partnerships with different institutions in China, their technology teams had challenges in common. Finding a solution required collaboration – with a little help from UK NREN Jisc’s TNE experts.

Three UK universities had a similar, but complex, challenge when trying to set up a jointly-taught partnership with a Chinese university, starting in 2016–17.
IT teams needed to establish good connectivity between the UK and China – allowing staff and students in China access to UK-hosted services, while allowing their counterparts in the UK to communicate crossborder to manage the projects.

However, all three universities found that working with connectivity providers overseas was a challenge. Working over distances of 5,000 miles or more, it can be tricky to resolve connectivity issues such as latency problems, restricted bandwidth or packet loss – and when issues occurred, it meant staff and students would be unable to use essential services, from VLEs to videoconferencing.

The solution: facilitation and collaboration

Faced with these challenges, the three universities worked with specialists from UK research and education network Jisc to build closer links with Chinese connectivity providers – and also with each other to share information and help resolve issues.

Jisc, for example, has close ties with national research and education networks (NRENs) around the world. This means that, in the case of Glasgow, Jisc was able to facilitate a face-to-face meeting between CERNET, the country’s NREN, and local IT staff at Glasgow’s partner university, to improve connectivity.
To improve the student experience, Jisc was also able to facilitate links with commercial ISPs. For example, Jisc worked with Glasgow to help provide internet access in halls of residence, which in China are served by third party ISPs, China Telecom and China Unicom, rather than the NREN.

Facilitating connections between the three UK universities was also of help. Andrew Meikle, head of corporate information systems at Lancaster, says he benefited from talking through issues with Edinburgh:

“It was like slipstreaming someone who was going on a similar path – helping us identify the path of least resistance.”

Paul Clark, head of IT for the College of Medicine and Veterinary Medicine at Edinburgh, says he benefited from advice to visit China in person. This helped his team build rapport and see challenges “from the point of view of their counterparts in China”.

All three universities were able to provide a better service as a result of getting Jisc involved.

“We would have been stuck had we not had the relationship with Jisc. Access to business systems significantly improved and peering with China Telecom and China Unicom will also have helped students in halls.”

Edinburgh, for its part, was able to provide “close to HD-quality” videoconferencing for senior committee members, supporting it in the essential process of getting people talking – while flying-faculty staff gained access to UK-hosted systems they needed.

At Lancaster, a decision was taken to host a content-heavy VLE in China, not the UK. Andrew Meikle, head of corporate information systems at Lancaster:

“If we hadn’t been able to kickstart our processes and gained a sense of what we could expect, we could have had an on-paper registration process for 250 students, dealing with long latencies to get to our Moodle – and perhaps no VLE. So it made a difference.”

For each of the organisations, the business benefit was in solving complex, international technology challenges with relatively short lead times – while learning how projects are best tackled in future.

When planning an international TNE partnership, key lessons include:
• Try to get IT staff involved as early as possible – and create a technology strategy that underpins your vision
• Visit the partner country to understand the technology setup on their side and build relationships face to face
• Create written information for travelling staff so they know how to connect – and can access support when they need it

Glasgow College, UESTC
Glasgow’s partnership is with the University of Electronic Science and Technology, in Chengdu, Sichuan province, south-west China, there are approximately 2,000 undergraduate and postgraduate students in attendance.

Zhejiang University–University of Edinburgh (ZJU–UoE) Institute
Edinburgh has set up a joint biomedical sciences institute with ZJU, on an international campus in Hangzhou, Zhejiang province, about two hours south-west of Shanghai. The goal is to build the international campus towards 5,000 students in the next seven+ years, increasing numbers slowly to maintain high quality, low volume programmes. Edinburgh’s own programmes are design with 600 undergraduate and 200 postgraduate students across four years, scaling is in play over the next few years so the projected intake at undergraduate level in 2018/19 will be 90 building up to a maximum of 150 per year over the next three years. The first cohort of 20 PhD students will start in 2018/19 and build to 50 per annum.

Lancaster University College at Beijing Jiaotong University (BJTU)
Lancaster’s partnership with BJTU is in Weihai, Shangdong province. It offers courses in computing, design, engineering and environmental science, over 7,000 students at all levels are enrolled at the partnership.