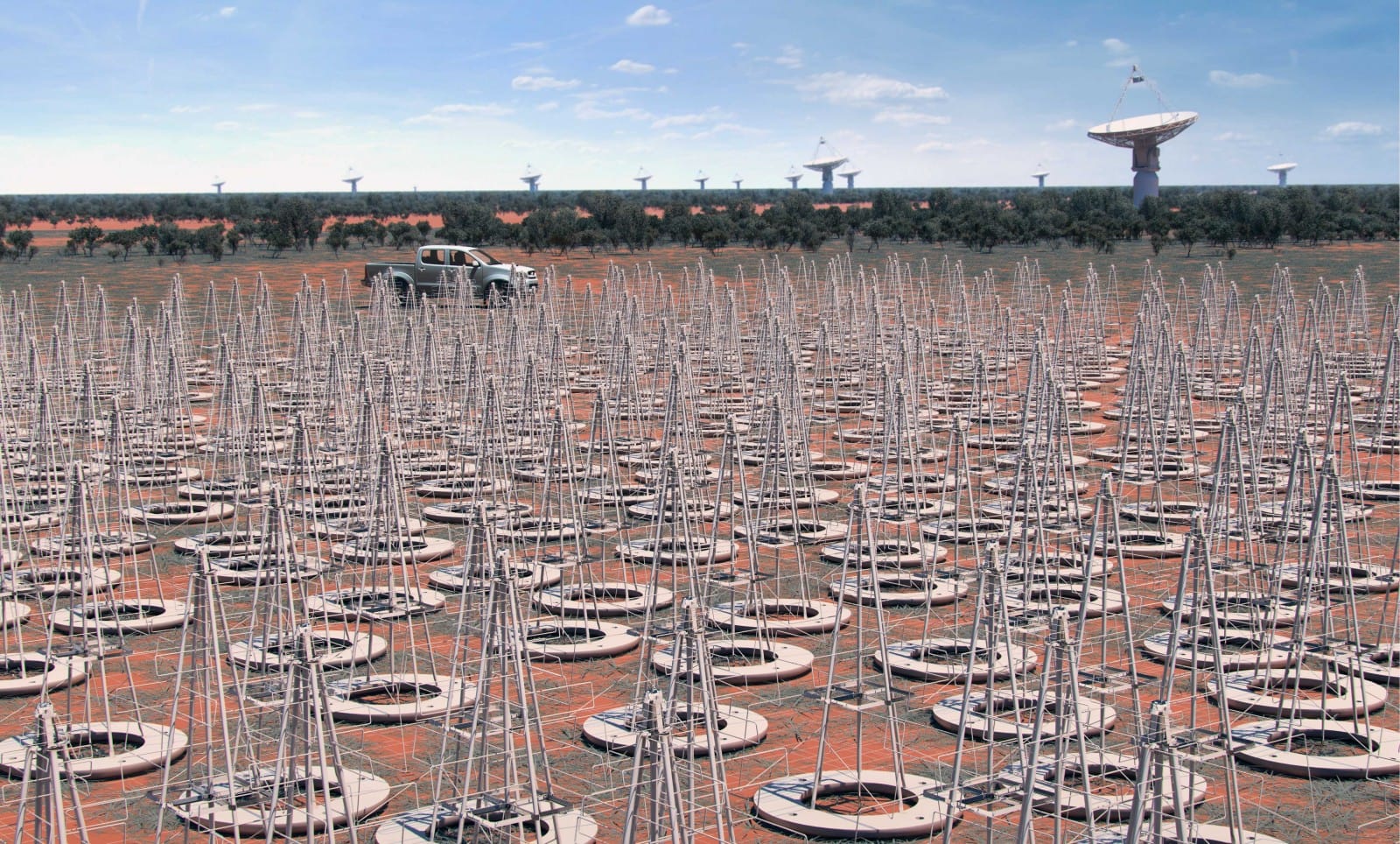 Designing a computer system for the SKA

Dr Andrew Ensor looks remarkably calm for a man who is helping to build the biggest computer system in the world. It has to be big to process the largest data rates that any science project has ever produced. Welcome to the Square Kilometre Array project (SKA).

The SKA project is going to result in two very large radio telescope arrays, one in South Africa and one in Western Australia.

The data that these radio telescope arrays will collect will try to answer big science questions like: what are the flow-on effects from the Big Bang? How do different galaxies evolve? Can we find prebiotic molecules on other planets (a sign of extraterrestrial life forms)?

Those big science questions will be looked at in the future, when the arrays are up and running. At the moment the big challenge is to design a computer system that can handle the enormous data rates that the SKA project will produce, 30 times the current global internet traffic.

And all that traffic will come down one data pipe, to one computer that will be running 24/7. This is high performance computing at it’s most elegant, taking a global scale effort and turning it into algorithms that are flexible enough to support the science over the lifetime of a project.

Today the problem seems insurmountable, but once it’s done it will set the bar for what everyone expects on a day-to-day basis.

Andrew Ensor is the director of the high performance computing lab at Auckland University of Technology (AUT). REANNZ has worked with Andrew and AUT on the SKA project for years.

“Without REANNZ, we probably wouldn’t be working on this project. It would be very difficult for us to be able to do our project work without a good network on which to prototype,” Dr Ensor said.

Andrew and his team rely on REANNZ for their networking expertise. He says, “REANNZ has experience in transporting very significant amounts of data in real time, which is valuable expertise for our team.

“My team can design the computer system once the data is in our rack. How to get it to our rack, so that we can process it, is expertise that REANNZ has.”

There are currently several radio telescope dishes in Warkworth which generate large quantities of data, each one typically producing five or ten gigabytes of data every second.

The data collected at those telescopes travels over a 10Gb/s connection to Auckland on the REANNZ network where it is processed in real time, allowing Andrew and his team to model what will happen in the SKA project.

“I think this is probably the first mega-science project New Zealand’s been so substantially involved in. We tend to think of New Zealand as a small player, that can’t really be on a world stage with other countries, but it’s not the case in this project,” Dr Ensor said.

The SKA project has 11 country participants so far, with another two to four countries planning to join soon. The international teams working on the SKA project are well known for big science projects.

The teams have worked on the VLA project that was seen in the movie Contact, the Large Hadron Collider and even the International Space Station, moving from big project to big project.

“For them it’s just something their country does. They get involved in these big science and industrial projects and they use that to actually generate IP for outside those projects, keeping the expertise within their country.”

The SKA project has given New Zealand a chance to get a foot in the door in mega science project work, and it’s beating lots of records:

The SKA project is so cutting-edge that the computer system which Andrew is currently trying to design won’t even start being built until 2018. Current technology can’t handle the data rates needed for the project, so AUT and REANNZ have to look forward to see where technology is heading.

“No matter how good your network is, in a few years time it’s not going to be sufficient.”

“It’s important to us to have high speed networks just so that we can ship this data around, plain and simple. Without that we’ll have a big data problem,” Dr Ensor said.

Whatever happens on the SKA project, it’s clear that good networks are absolutely critical to its success.