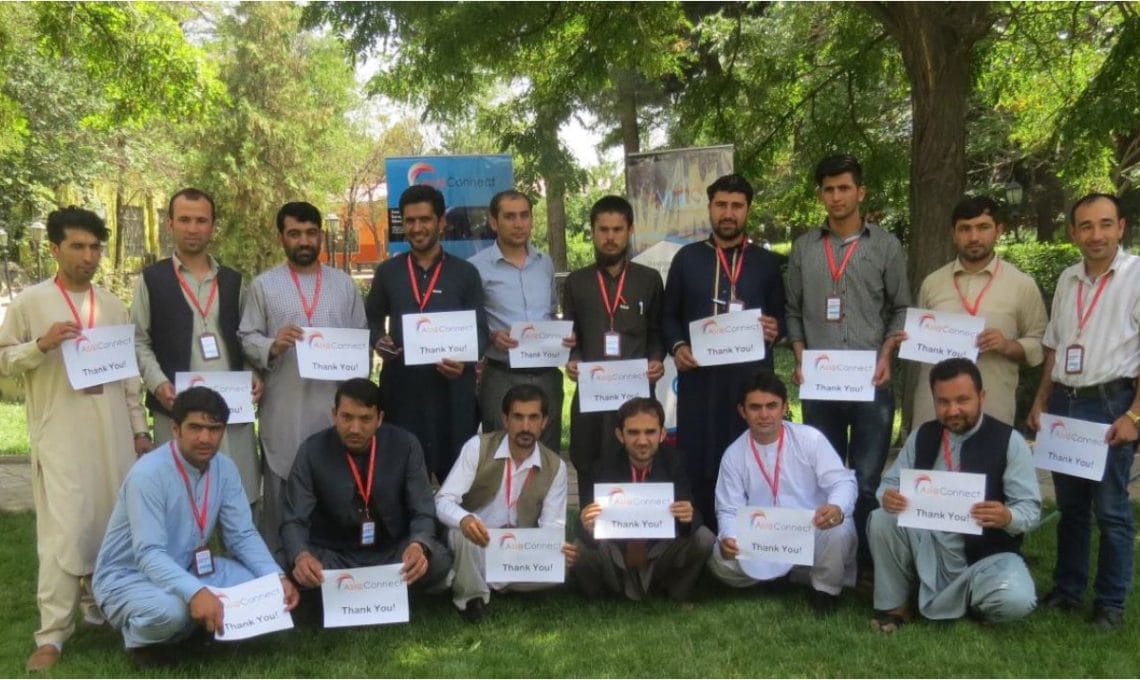 Bomb attacks, barricaded compounds, innumerable security checks and corner-by-corner police presence are constant reminders of the violence that the people of Afghanistan live with every day. So it would be easy to grow pessimistic about the future of the country. But there is also another side of Afghanistan, one that doesn’t make as many headlines. The fact that its education system, deeply compromised by wars and conflict that have lasted for more than thirty years, is slowly but surely getting back on its feet again. And a nationwide functioning education system is essential to economic growth, democratic development and stability.

Encouraging stats on the education front

In 2002, only an estimated one million children, mostly boys, attended school, while women and girls were almost completely excluded from educational opportunities. Today, more than 9.2 million children are enrolled in school of which 39% are girls, according to the Afghan Ministry of Education. Significant gains have also been made in higher education: in 2001, only 1 percent of college-age students were enrolled in higher education – among the lowest percentage in the world. Currently, approximately 9.6 percent of college-age students–around 300,000 students–are enrolled in public and private universities, including around 100,000 women.

As more Afghans attend school and university, there is a growing demand for trained teachers, university lecturers and administrators as well as innovative approaches that prepare young Afghans to join the workforce. But it is not just the ‘front-line’ educators that need to be developed and nurtured, it is equally important to build up capacity of people working behind the scenes of a school or university who are tasked to ensure the smooth running of the educational process, including its IT system and the many learning and teaching applications that rely on it.

Recognising this very need, in July 2017 the Afghan NREN AfgREN reached out to IT managers at connected public universities to invite them to a capacity development workshop aimed at providing them with a solid grounding in managing their own network. Over two days, 20 participants from higher education establishments across the country had the opportunity to get familiar with configuring, managing and troubleshooting AfgREN network routers, switches and other network nodes, thus equipping themselves with the necessary skills to manage their own networks more confidently and effectively and to optimise their connections to the AfgREN backbone. 90% of the participants successfully passed the evaluation at the end of the workshop and were awarded a certificate.

The training consisted of theoretical and hands-on sessions supervised by an enthusiastic team from Kabul-based Manaka Technology Services (MTS); the workshop was organised in conjunction with the Department of IT of the Ministry of Higher Education of Afghanistan and received financial support from the Asi@Connect project as one of the selected programmes of the 1st Call for Proposals (CFPs). Asia@Connect marks the 4th phase of European Union funding to the TEIN programme that successfully established a high-capacity regional network across Asia-Pacific in 2006 and has progressively expanded its geographical footprint over the years. Today the TEIN network is the world’s largest regional backbone, connecting over 55 million users in 21 countries.

With a further substantial five-year EU-funding commitment of €20M until 2021, the focus during this new project phase has shifted towards capacity building, application programmes to promote and increase network utilisation and towards new initiatives to tackle the digital divide in emerging count

ries.
Creating such a vibrant R&E networking ecosystem relies on involving the wider community in  delivering and, by extension, benefiting from Asi@Connect. But how can local resources best be mobilised? Simple: providing funding opportunities through Call for Proposals (CFPs). To date, 2 CFPs were issued in 2017, which were met with an enthusiastic response by the R&E community in Asia and further afield: in total, 114 proposals were submitted and, following a rigorous evaluation process by the Asi@Connect review committees, 29 awards were made across 5 of the 6 Work Packages (WP) that capture the core impact objectives of the Asi@Connect project, with a substantial funding investment of over €5m so far.

The 1st CFPs generated a series of human capacity building and knowledge exchange workshops which have already trained over 200 engineers from 17 developing Asian countries in areas such as campus networking, network security, network management etc. The workshop in Afghanistan to support the development of AfgREN was part of this series.

Equipped with new skills and motivation, eleven months on, the workshop participants had ample opportunity to put the new know-how into practice back home.

“I have already started to put by new knowledge around routing and switching into practice back home.”

Abdul Ahmad Ahmadi, IT Manager at Ghor Institute of Higher Education in Afghanistan commented eleven months on from attending the training: “My motivation to participate in this workshop was to acquire new skills to optimize our contributions to the Institute and, therefore, to increase its reputation. Interacting with other engineer colleagues and meeting experts face-to-face is a great learning experience. I have already started to put by new knowledge around routing and switching into practice back home.”

Coupled with AfgREN’s 155Mbps connection to the pan-Asian TEIN backbone, the newly acquired expertise will put IT managers and other network personnel in a much better position to help their institutes, staff and students make the most of innovative learning and teaching methods: Afghan scholars will be able to gain qualifications through multimedia-based distance learning while researchers can work on international projects, all without needing to leave their home country to pursue their studies and research.

Minimising the brain drain of qualified citizens will be central to efforts to rebuild the country, benefiting all Afghans. Maximising the full education potential puts the knowledge-thirsty younger generation back into the driving seat in re-shaping the future of their country after years of turmoil.

Jointly funded by NATO’s Science for Peace and Security Programme and the U.S. Department of State, the SILK-Afghanistan project was instrumental in catalysing R&E networking in Afghanistan and in kick-starting AfgREN. Starting in 2006, over a 10-year period, it provided high-speed internet access via satellite and fibre optics to Afghan universities as well as some governmental institutions in Kabul. In 2013, the connection capacity to the GÉANT network was doubled from 75 to 155 Mbps, with internet traffic between Kabul and the Vienna hub running solely on terrestrial fibre optics networks.

AfgREN joined the TEIN4 project (predecessor phase of Asi@Connect) in 2013 and has been benefiting from a direct 155 Mbps connection to the regional TEIN network since November 2017.